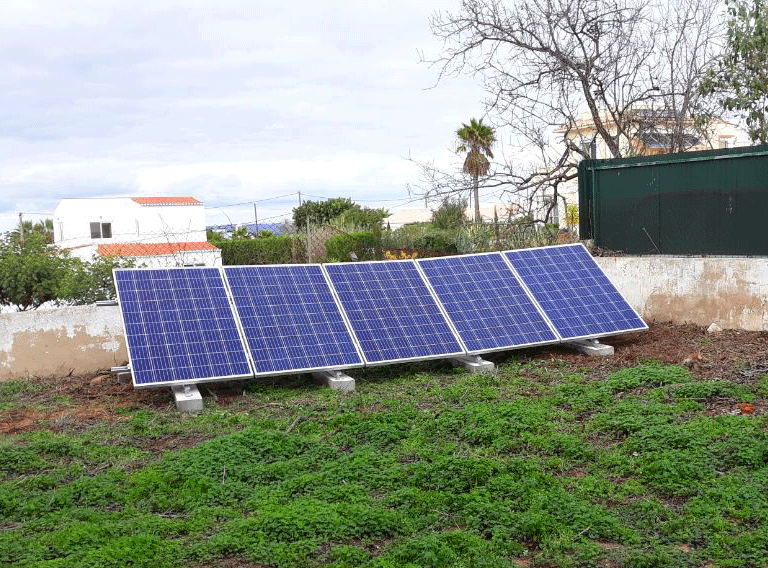 In order to prepare the villa for life over the next couple of decades we did all of the work to bring it into line with current remedial building practices. This has been described previously in villa refurbishing post.  As described ,this work included external wall and roof insulation, double glazing throughout and hot water generation through thermal solar panels on the villa roof. This work has already resulted in a A class energy certification, though only just, with a long way still to go.

Further improvements will now concentrate on the generation of electricity to offset the carbon footprint of the air conditioning, pool heating etc  Even though the ‘improved villa insulation’ and ‘highly efficient heat pump’ have lowered the impact of same, we have started to generate power through an initial series of 5 solar panels. 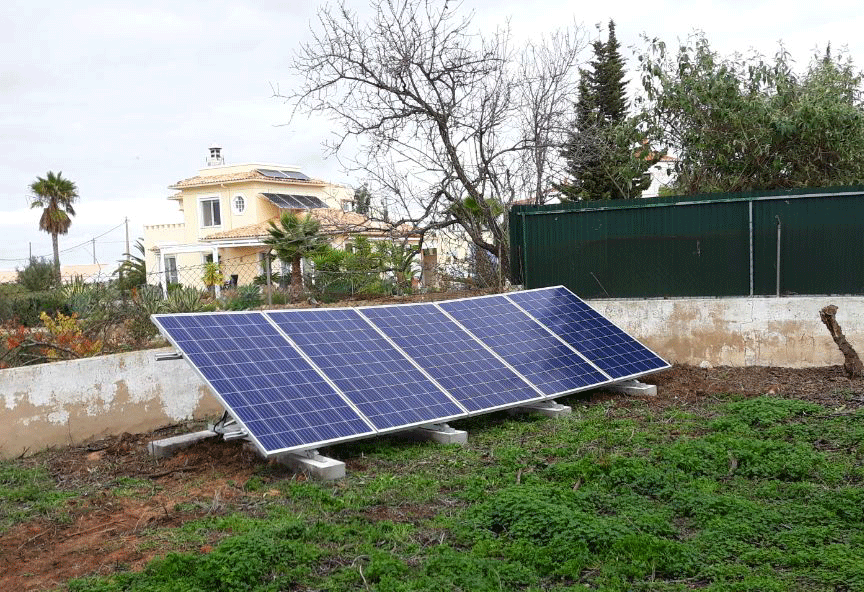 We can do this somewhat easily due to 2 facts. First we are lucky enough to have a large plot and second , we were forced to remove trees and shrubs from a large area ,after new regulations were brought in to inhibit the spreading of wild fires. This created a large area with no shade from the sun for most of the day. 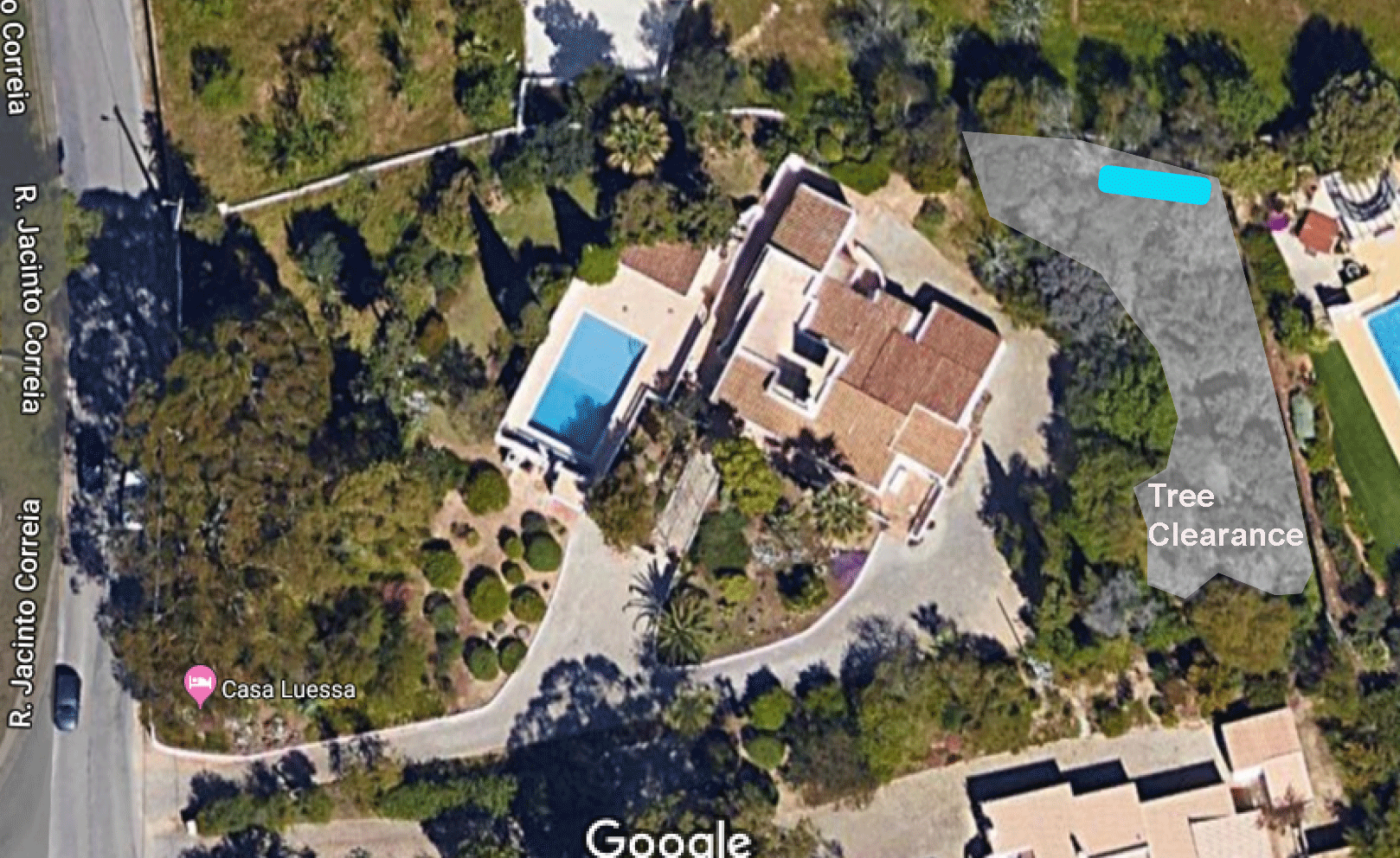 Location of solar panels at rear of cleared area.

There is plenty room for future expansion as this area is kind of redundant with all activities occurring at the other side of the house. When this occurs and how much will be dictated by financial and environmental concerns over the coming years. However, given a typical best case of 5-7 years ROI at present prices it would be foolish to go much larger until we discover the ‘real’ performance of the system.

I will produce a report at the end of next year showing what was acheived. Future rain water gathering would seem a distinct possibility but as of just now the cost is large compared to the return. However over the next few years this may/will all change as energy and water costs rise trying to meet an ever increasing demand post fossile fuels.

Any ideas out there for further eco improvements….please drop me a line at baind@eircom.net